Drugmakers get hooked on data

When Mac Holmes noticed a lump in the middle of his chest it took him a year to mention it to his physician. The 55-year-old, who flew packages for FedEx after a 28-year career with the US Air Force, appeared a picture of middle-aged vigour. But, immediately suspecting the worst, his doctor ordered tests. Days later he was diagnosed with breast cancer, a disease that has spread to his bones.

With women accounting for 99 of every 100 cases of the condition, Holmes became an unfortunate member of the 1 per cent club. Yet eight years since his diagnosis, he also stands as a symbol of an idea fast gaining traction in the pharmaceutical industry — that data itself can be the drug that unlocks faster cures, bigger markets and higher profits.

It is an approach that is gaining momentum in the pharmaceutical industry, with potential benefits for patients not only in richer countries but also poorer ones, including recent applications in research on malaria treatments. As non-communicable diseases such as those linked to diabetes become more prevalent alongside infectious conditions, it will have increasing global relevance. But that will also depend on new funding models and access to data.

Holmes’s disease is kept in check by Ibrance, a medicine developed by Pfizer in the US and approved by regulators only for “post-menopausal” women. Customarily, securing permission to prescribe an existing drug to a wider group of patients would have required full-blown clinical trials that might have delayed the change for several years.

Yet in a world where Big Pharma and Big Tech collide, investors are pouring billions of dollars into companies that offer access to the clinical insights contained in vast troves of anonymised patient records. Combined with artificial intelligence, the data offer hope of expanding the number of patients who can benefit from existing medicines, or even unearthing entirely new drugs.

Chris Boshoff, chief development officer for Pfizer’s oncology division, says: “To conduct a study in men, because we didn’t include them in [the initial studies], would have taken us another three to five years and here we could do all the work within 12 months and get the expansion.”

For Niven Narain, co-founder of biotech group Berg, “the concentration and the sexiness started in discovery but the digital health world has grown exponentially in the past year. Eighteen months ago if I sat here I couldn’t even tell you what a chief digital officer was,” he adds, reeling off the names of Big Pharma companies such as Novartis, Pfizer and Sanofi that now have digital experts on their leadership teams.

18 months ago I couldn’t even tell you what a chief digital officer was. Niven Narain

For executives preoccupied with improving pharma’s poor record on productivity, the power of data to accelerate drug discovery and reduce research costs represents fresh hope for corporate profits as well as patients. Getting a drug from bench to bedside can cost $2.6bn, according to the Tufts Center for the Study of Drug Development, and take up to 14 years.

Weinberg says: “If you wanted to launch a drug in breast cancer 20 years ago, we would have thought of it as breast cancer. But now we think of it as multiple subtypes of disease, so the need to generate evidence in each individual subtype means there are more questions [to be answered].” These developments have placed a premium on high quality data, shorn of mistakes and inconsistencies, that will be trusted by regulators such as the US Food and Drug Administration and the European Medicines Agency. Securing access to data from electronic health records “is really not that complicated. Making that data fit for research, that’s the hard part. It’s in the data curation,” he adds.
‍

Medical applications for data and AI have rapidly become attractive to investors. Calculations for the Financial Times by Rock Health, a US venture fund focusing on digital health, suggest that in the five years to the third quarter of 2019 a total of $1.5bn across 69 deals was invested in companies that use AI or machine learning, and that “either sell to biopharma or have biopharma as an end user”.

‍
Basel-based Roche has embraced that approach. In 2015 it took a 12.6 per cent stake in Flatiron, going on to buy the company outright in 2018. The relationship has delivered clear dividends, suggests Bill Anderson, Roche’s head of pharma. He cites Rozlytrek, a treatment for metastatic non-small cell lung cancer approved by the FDA in August, which targets genetic mutations seen in only about 1 per cent of all patients with the condition.

Insurers are demanding more detailed evidence about the performance of drugs.

Roche used Foundation Medicine, a US company that genetically sequences tumours, to identify a group of patients with the right genetic make-up on whom to test the medicine. It then created the equivalent of another trial using the Flatiron database to find a group of patients with the same mutations who were taking what had been regarded, up to that point, as the best treatment. Anderson says: “We needed a 2m-patient Flatiron data set to find approximately 50 patients that had [the relevant] mutation, and it fit the trial criteria.”

At Novartis, Switzerland’s other global drugmaker, Vas Narasimhan describes his business as “a data science company”. While identifying molecules that could turn into money-spinning drugs is the traditional business of Big Pharma, the key insight, on which he has sought to reposition the company since becoming chief executive in 2018, is that the data generated around those molecules are also core assets.

Novartis is increasingly looking to integrate anonymised data from clinical trials with other information about patients, such as their genetic make-up, to find the “super-responders” most likely to benefit from new treatments. Narasimhan says: “If you look at the tech companies that’s the pivot they made; they realised that actually the core asset for them is the data-mining [of] all of that experience.”

Take canakinumab, a medicine for heart disease that had disappointed in initial trials. Rather than writing off hundreds of millions of dollars in investment, Novartis took the data of the 10,000 patients involved in these initial studies and “discovered that this drug has a significant impact on lung cancer”, he says.

The company has now embarked on several late-stage trials of the drug among people with non-small cell lung cancer, the most common form of the condition. Recent moves attest to Narasimhan’s belief that Big Pharma must increasingly leverage the skills and approach of tech specialists.

The most profitable outcome for many pharma companies would be to find a brand new drug by applying AI to big data sets — but Narasimhan strikes a note of caution. “Can we use this technology to find the drug, to actually unlock the underlying science? I still think we’re a long way away [from that] because we don’t understand so much about human biology. And to define how a machine would solve that for us would require significant advancement still.”

Berg’s Narain believes this year will deliver a reckoning that could explode some of the hype that has been generated around AI and medicine. Founded just over a decade ago, the biotech group has carved out a distinct path by testing hypotheses developed through computer modelling in an experimental laboratory setting. The aim is to produce a biologically validated finding that can then be further tested in animal and human clinical trials — a process that takes time, he emphasises.

“It’s not like you pool public data and you’re going to cure cancer in three months,” he says. It has teamed up with several large pharma companies, including AstraZeneca and Sanofi, in work that Narain believes can eventually lead to new drugs by yielding fresh insights into how they produce their effects.

However, he warns against the notion that AI is a short-cut that can circumvent all the hard work of understanding patient biology. “AI is not just like a magic wand that dismisses all the iterations of the science that are so necessary to get to a really verifiable answer. Because at the end of the day we’re dealing with patients.”

Table of contents
Pharma groups hope troves of patient records hold key to faster cures and bigger profits Medical applications for data and AI have rapidly become attractive to investors. Calculations for the Financial Times by Rock Health, a US venture fund focusing on digital health, suggest that in the five years to the third quarter of 2019 a total of $1.5bn across 69 deals was invested in companies that use AI or machine learning, and that “either sell to biopharma or have biopharma as an end user”. 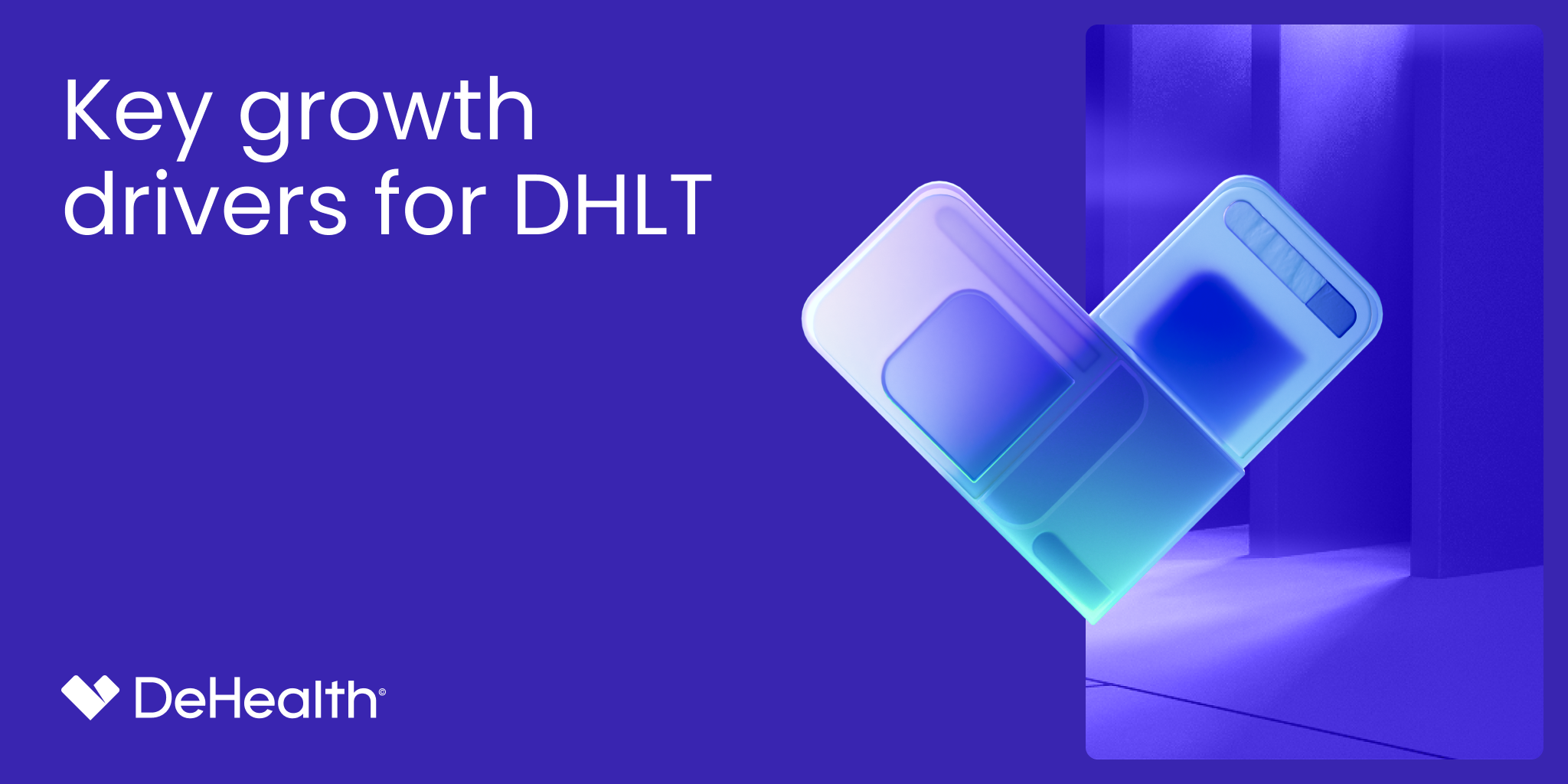 The listing of the DeHealth DHLT native coin is coming soon, on September 08, 2022. And often we… 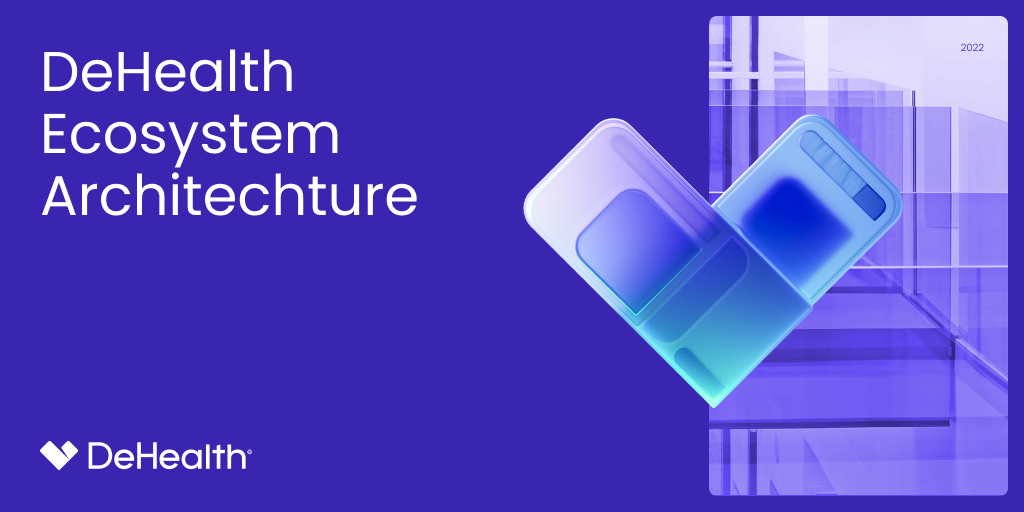 Storage, aka your e-medical cardDealing with medical data, the most sensitive and valuable asset in… 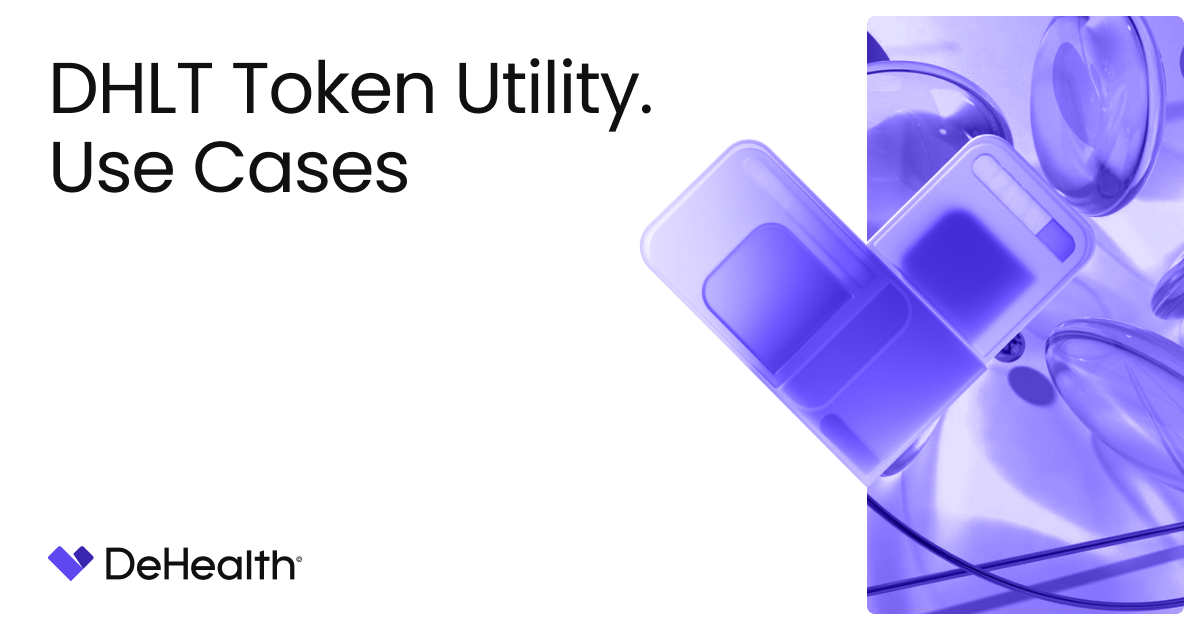